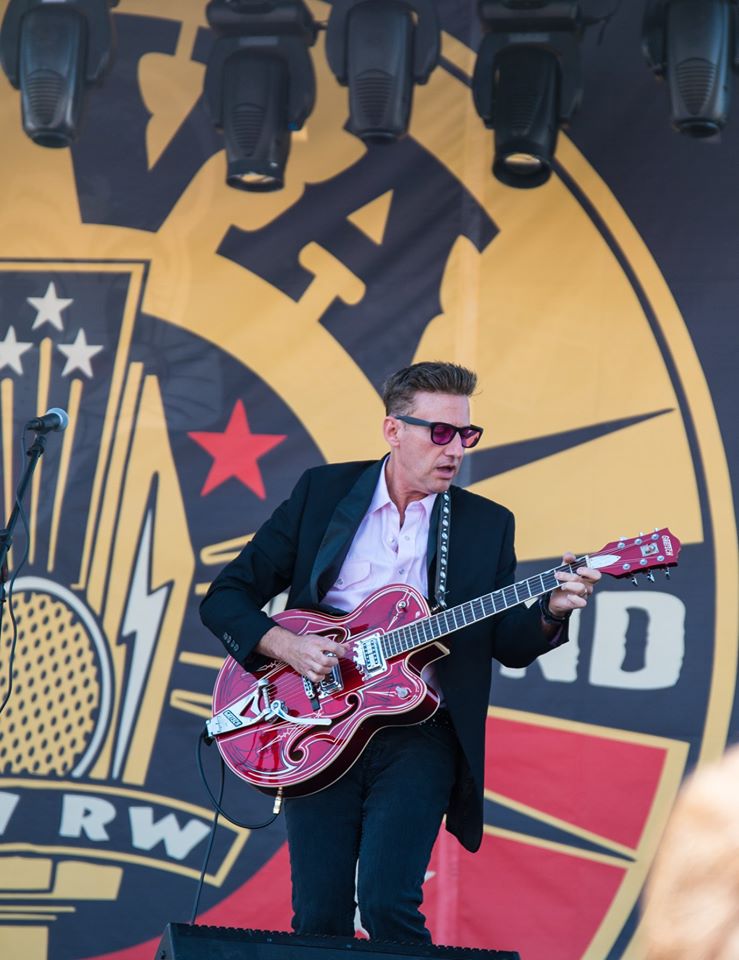 BUZZ CAMPBELL is an American guitarist, vocalist, and songwriter.  He founded his group, Hot Rod Lincoln, from San Diego, CA in 1990.  Buzz met Lee Rocker while opening for him and approached Lee about producing his first release.  Lee produced self-titled CD, Hot Rod Lincoln in 1992 as well as Blue Cafe, the bands third CD, in 1996.  The title track, “Blue Cafe”, was written for Buzz by Brian Setzer, original front man of the Stray Cats.  In 2000, Buzz was asked to join Shanana, 1950’s revival group whose legacy includes performing at Woodstock, a cameo in the movie Grease, and their own TV show from 1975-1981.  Buzz left Shanana in 2004, after Lee Rocker asked him to join his group.  Buzz has been touring the world with Lee ever since and is on all of Lee’s releases since 2004.

Buzz penned the song, “Crazy When She Drinks” for Lee, which was released in 2008 on the album, Black Cat Bone.  In 2015, Buzz approached Lee with the idea of doing a theater show telling Lee’s musical story.

Buzz brought in Larry Mitchell on drums and Joey “8s” Guevara on piano to complete the group.  The show has been receiving rave reviews for the fantastic musicianship, as well as the amazing storytelling of Lee’s musical journey.