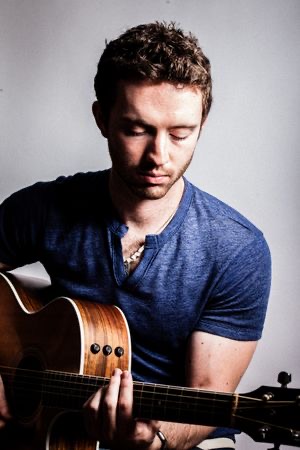 Dustin many more.Jake is a two-time winner of the Radio 94.5 Rising Star Award. For the last two years, he has been a featured performer at the Temecula Balloon and Wine Festival, one of the largest music festivals in southern California, and featuring big name artists such as Big & Rich, Raelynn, Russell Dickerson, and In a musical age where the beats are getting heavier, the production thicker, and the live performances more theatrical, Dustin Jake likes to keep things simple: Just him, an acoustic guitar, and a great song. With his smooth, soulful voice and groovy, Timberlake-esque falsetto, he blends elements of pop, hip-hop, soul, reggae, and jazz.

If there’s one element that glues all those styles together, though, it’s his acoustic guitar. Close your eyes, and you can hear kick drums, snares, hi-hats, and dynamic guitars. Open them, and you see a guy and his guitar. No pedals. No loops. No backtracks. Just a true solo artist.

And boy has this solo artist been making some noise lately. In June of 2018, he was selected to play at the Temecula Balloon & Wine Festival, one of the biggest music festivals in Southern California, alongside huge acts such as Raelynn, Tyler Farr, and Justin Moore. In November 2017, he was named the first ever Grand Prize Winner of the Wine Country Music Awards (WCMA’s), not only beating out hundreds of entrants to win radio play, opening slots for national acts (more on that later), studio time, and more, but doing it in front of industry judges such as Terri Nunn (Berlin), Tommy Tutone, Vinny Appice (Black Sabbath), Joey Allen and Erik Turner (Warrant), and many more.

Over the last 3 years, Dustin has played over 500 gigs, spanning from his home base in Temecula, to San Diego, and all throughout southern California. In  June, 2017, his newest song “Mic Check”, a fully (and self) produced blend of pop, hip-hop, r&b, and acoustic (not to mention fan-favorite), and in September 2018 he released his newest song “A Day at a Time”, the first song in his quest to release a new song every month.