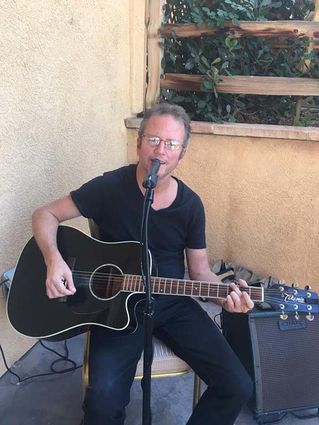 Aguanga resident, aspiring pilot, creative songwriter, expressive and talented performer and musician Tim Walsh is a gem hidden away, coming out to play as often as humanly possible. Known for his rich vocals and rock solid guitar work, he is a very interesting guy. Walsh is a quiet soul, thoughtful and calculated. When he plays the guitar and sings, the listener is aware of nothing else. He has a commanding presence that makes you want to hear every word.

He also has a talent for sounding exactly like John Fogerty of Creedence Clearwater Revival. One reviewer wrote, “Lead singer and guitarist Tim Walsh recreates Fogerty’s vocals in an uncanny way.”

Walsh plays the winery, restaurant and casino circuit as the Tim Walsh Band, shining as part of the classic rock scene. He also pops into open jam sessions when his schedule allows, much to the delight of his fellow musicians.