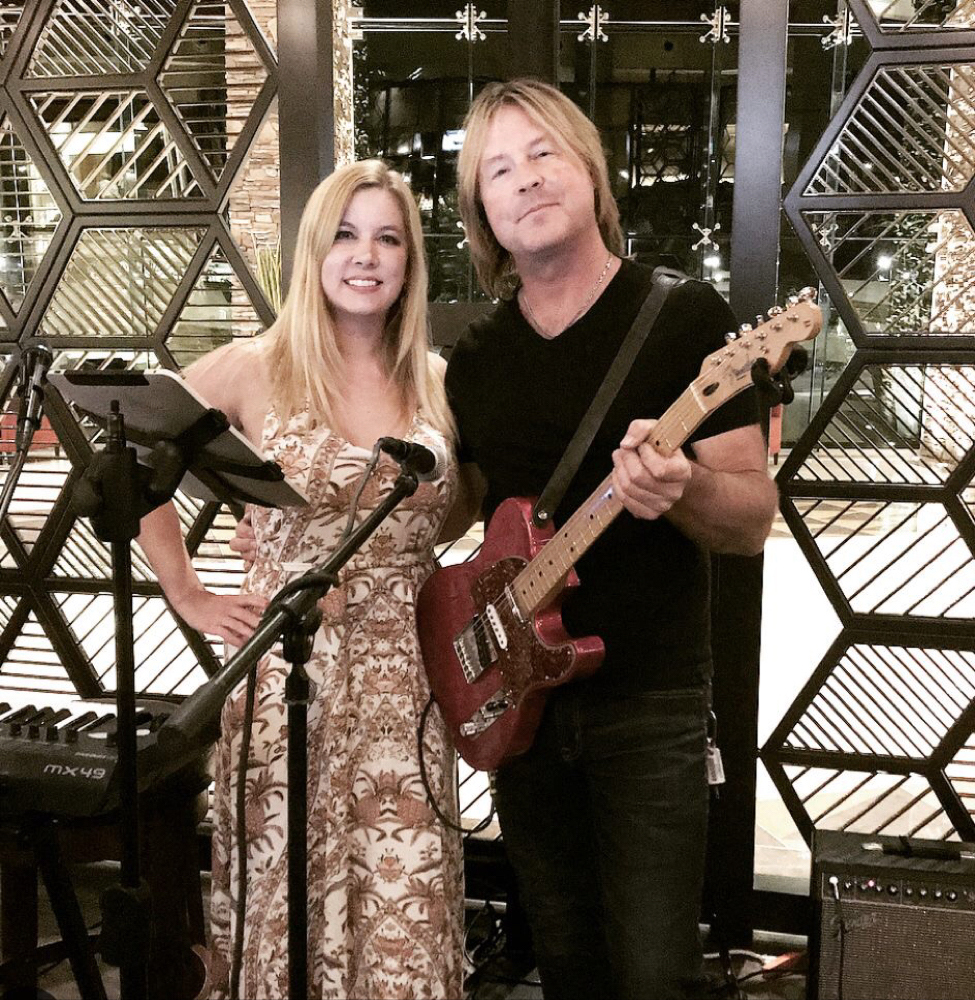 Jill & John perform a variety of musical styles including jazz standards, pop, rock and country from the 1940s to present day. As a duo, they both sing lead vocals and intricate harmonies. John plays guitar while Jill plays keyboard. John & Jill are both seasoned performers and have traveled the world to showcase their talents. Jill performed on Broadway, in National Tours, Films, Television, Industrials, Commercials, as “Barbie” for Mattel and at local venues including The Hollywood Bowl, Disneyland, The Queen Mary and Universal Studios. John attended the Musician’s Institute and sang/played guitar with Cher, Peter Criss of KISS and The Temptation’s, Richard Street. After receiving his audio engineering degree, he recorded & toured with his own bands and artists such as No Doubt, The Offspring, Rick Derringer and Foghat. He currently performs as the lead singer & guitarist in “Urban Skies” a Keith Urban Tribute Band. “Urban Skies” recently performed for U.S.A. Troops in the Middle East and continues to play at casinos and other large venues around the world. Jill & John Wrote, Produced, Directed and performed in the popular “Legends of the Wild West” Variety Show series at Longshadow Ranch Winery. Jill & John were recently married and enjoy performing together as a duo, as well as with bands and in musical productions. www.jill&johnmusic.com.